With years of experience in the U.S. government regulatory and food and agriculture sectors, Groundswell Strategy is committed to developing and implementing a strategic approach for stakeholders who seek to improve and expand their influence across the U.S. government and the world.

Groundswell Strategy builds strategic approaches to a regulated world. Launched in 2020 by Carmen Rottenberg, former Administrator of the U.S. Department of Agriculture Food Safety and Inspection Service, Groundswell builds tailored plans for a diverse set of clients across the food and agriculture space – from processors to suppliers to agtech firms and more. Our approach can help clients with their full range of government affairs needs including public affairs, regulatory and administrative engagement, and legislative outreach. Contact us at info@groundswellstrat.com.

Groundswell Strategy, the food and agriculture consulting firm launched by former Administrator of the USDA Food Safety and Inspection Service Carmen Rottenberg, today announced the hire of Dr. David Goldman, former Chief Medical Officer in FDA’s Office of Food Policy and Response. With more than 30 years of experience including as a senior leader in public health at both the Food and Drug Administration and the United States Department of Agriculture, Dr. Goldman will serve as Groundswell’s Senior Advisor for Public Health, providing strategic guidance to clients on the full spectrum of medical and public health issues across food, dietary supplements, and cosmetic products.

“David Goldman is a known leader, problem-solver, and tireless advocate for improving public health outcomes,” said Groundswell Managing Director Carmen Rottenberg. “At both USDA and FDA, he led teams to think differently about tough problems to improve processes and advance public health. His breadth of knowledge across federal agencies, health policy, and food safety will be a tremendous asset to clients looking to create opportunities working with the government or with regulated industry. There simply is not a greater public health thought leader than David.” 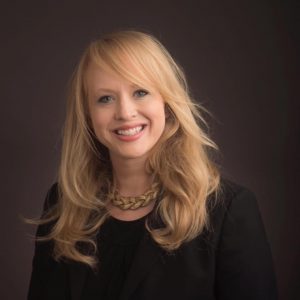 “It’s an exciting time in the U.S. food and agriculture sector, as the U.S. government focuses on innovation and modernization, in order to ensure that industry can safely feed and clothe a rapidly growing world.”

Carmen Rottenberg is a leader in food safety and agriculture policy. Prior to launching Groundswell Strategy, Carmen served as Administrator of USDA’s Food Safety and Inspection Service, leading the ten-thousand-person agency charged with ensuring the safety of the nation’s meat, poultry and egg products. Over her thirteen years with USDA, Carmen held several leadership roles at the Department and was credited with spearheading key agency initiatives including modernizing food safety inspection systems and establishing and updating pathogen performance standards. Carmen has extensive experience achieving collaboration across federal, state, and municipal agencies including with the Food and Drug Administration (FDA), the Occupational Safety and Health Administration (OSHA), with state departments of agriculture and across USDA’s 29 agencies and offices.

Carmen began her federal career in the Federal Trade Commission’s Office of General Counsel and has experience working in both the public and private sectors. She holds a Bachelor of Arts in Political Science and Philosophy from Hope College in Holland, Michigan, and a Juris Doctor Degree from American University’s Washington College of Law.

Anna brings over a decade of experience across the agriculture and biotechnology sectors through roles that span Capitol Hill, Silicon Valley, and trade and regulatory agencies at USDA. Before joining Groundswell Strategy, Anna was Head of Government Affairs for publicly-traded biomanufacturing company Zymergen (NASDAQ: ZY) where she led the company’s engagement with the Administration and Congress and saw its growth from 40 to more than 800 employees. Anna also held multiple roles within the United States Department of Agriculture, including as Chief of Staff to the Under Secretary for Trade and Foreign Agricultural Affairs, as Chief of Staff to the Administrator of the Agricultural Marketing Service, and in USDA’s Office of Congressional Relations. During her time at USDA she worked on a diverse range of issues including helping to launch the domestic hemp industry and facilitating communication between the Hill and the Department through the 2018 Farm Bill process.

Anna started her career on Capitol Hill working for Senator Roy Blunt from her home state of Missouri. She holds a B.A. in Economics from the University of Missouri. 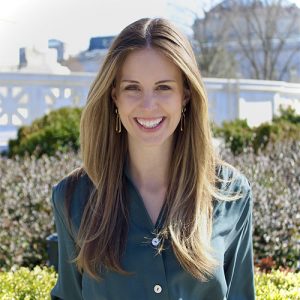 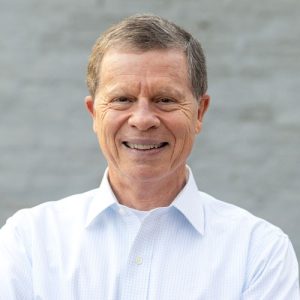 David Goldman has been a leader in regulatory public health over the past 20 years, having served at the USDA’s Food Safety and Inspection Service (FSIS) from 2002 until 2019, and at FDA’s Office of Food Policy and Response from 2019 until 2022. During those assignments, Dr. Goldman was in the U.S. Public Health Service (PHS), and recently retired as Assistant Surgeon General, at the rank of Rear Admiral.

As Chief Medical Officer at the FDA Office of Food Policy and Response, Dr. Goldman provided medical and scientific leadership to the foods program. He was a key leader in helping the agency respond to foodborne outbreaks and food recalls.

Prior to joining FDA, Dr. Goldman served in several leadership roles at USDA’s Food Safety and Inspection Service (FSIS), including as Chief Medical Officer, responsible for occupational health issues related to chemical and biological exposures. From 2004-2018, he also served as Assistant Administrator for FSIS’s Office of Public Health Science, which led outbreak investigations, provided the scientific foundation for FSIS policies, and executed a national sampling program of meat and poultry products. He also served as the FSIS Acting Administrator from January 2007 to July 2007.

Dr. Goldman spent 10 years in the U.S. Army Medical Corps, practicing both family medicine and preventive medicine. He then spent 3 ½ years at the Virginia Department of Health, as a District Health Director, then briefly as the Deputy State Epidemiologist, before joining the PHS.